Not so Pretty in Pink

I've said it before and I'll say it again. "People of Wal-Mart" offers constant amusement. This isn't a shirt, it's a skirt. I think... 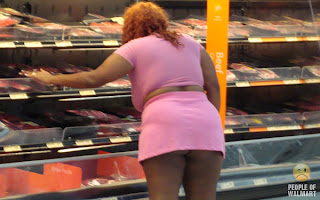 Michelle, who emailed me and said my site rocks (thanks Michelle!), sent in this creature. I have no effing clue what the hell is going on here. Again, tights are not pants and those tights should just not be owned anyway. And black underwear? c'mon. 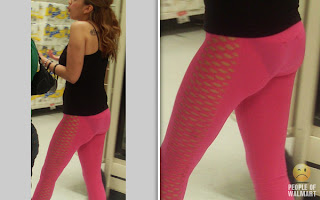 At least it matches?

Here's a picture from the not-as-successful "People of K-Mart" website: 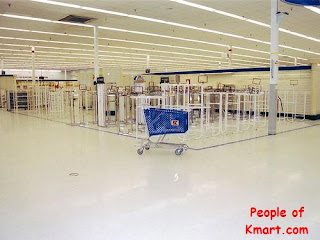 K-creatures just aren't as interesting.
Posted by JD at 12:21 PM

Email ThisBlogThis!Share to TwitterShare to FacebookShare to Pinterest
Labels: kmart, people of walmart, pink, tights are not pants, walmart