My New Year's Resolution is... 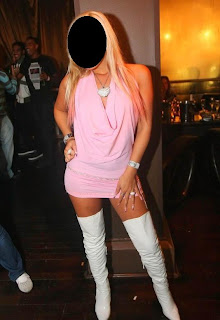 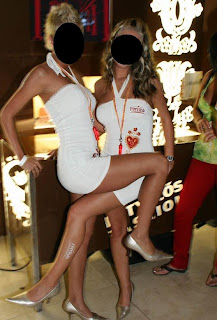 "To stop dressing like a skanky pregnant lady"
-Kitty 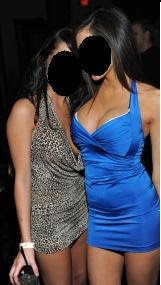 And, apparently, your dress. 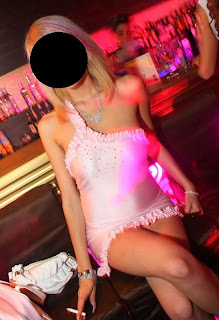 C'mon! She stole that off her Barbie. Which means she's too young to smoke. 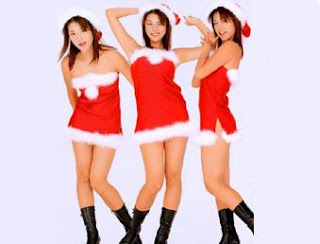 Here's hoping Santa brought you everything on your list... including pants for Skanky Santas everywhere.

Maybe we should blame Disney for this alarming trend...

But seriously, why doesn't the duck wear pants? Minnie wears a dress.
Posted by JD at 1:07 PM 8 comments:

If you liked it then you should have put some pants with it...

Anyone else see a resemblance to the Beyonce video here? 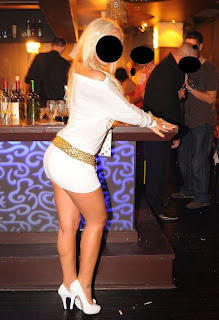 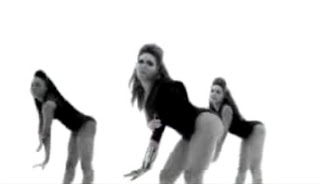 And for all of you lolcats out there who loved yesterday's post, this is for you: 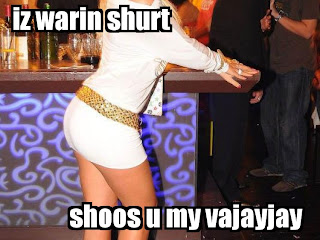 Today's picture was sent in by a reader with a website that has nothing to do with shirts or dresses... but it's nice to know we are getting readership from fire protection engineers! Remember kids - only you can prevent shirtordresses.
Posted by JD at 8:40 AM 1 comment:

If you're not familiar with lolcats, I suggest you run on over there right now before you read the rest of today's post.

I mean, don't you want to look at photos like this? Cats are dumb and all (IMO dogs rule!), but they photograph well. 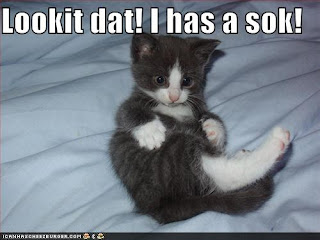 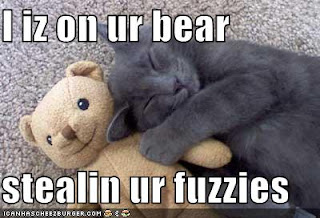 So... what if lolcats changed its name to lolshirts? 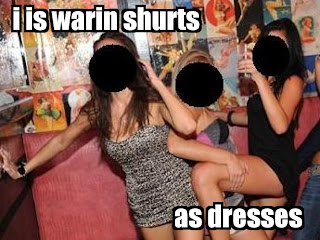 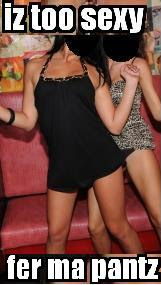 It's the Shirt Dress Gang! 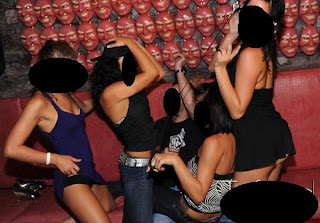 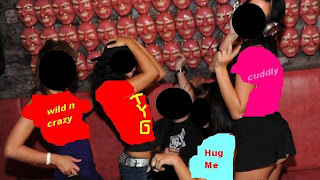 "Shirt Tales" was a TV cartoon about a panda bear, tiger, mole, raccoon, and a monkey that lived together in a tree, wore t-shirts, and zipped around the world in an imaginary car/jet/boat/submarine avoiding the park ranger. I'm not really certain what the point was like why would a raccoon live with a panda???, but it's important to remember that this was created in a decade that also spawned a certain cartoon about a bunch of tiny blue things that lived in mushrooms so.... whatever. People did drugs in the 80's. Obviously.

On the other hand, the "Shirt Dress Gang" is a bunch of skanks who forgot to wear pants while cramming around the DJ booth as a means to work out their daddy issues. they also probably do drugs (obviously).

Coincidentally, this DJ hasn't seen this must action since "Shirt Tales" last aired in 1985.

*Okay, technically there is really only one shirtordress in this picture. The others are just skanking out in lowrise jeans or just really short skirts, but any excuse for me to bust out my Microsoft paint skillz and I'm there! Thus, the ShirtDress Gang is born.

Alright, now the poll (for the girl on the left):

Y'all know how I feel about Macy*s... well, here comes Forever 21 trumping Macy*s by a LONG shot. And a big thanks to Melody for bringing this atrociousness to my attention!

THIS item is clearly filed under tops on their website. Thanks for portraying it as a "top" so well, F21! 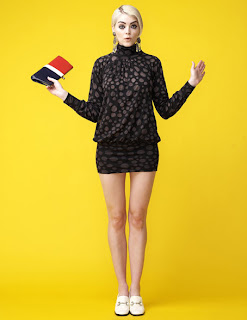 Also in the tops section... 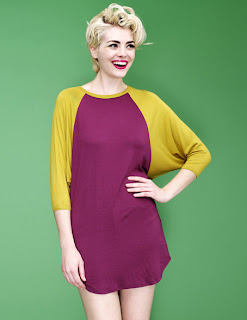 Screw Forever 21, I'm shopping at Charlotte Russe for all my socheaptheyllfallapartafteronewash items. Surely they would never mis label a shirt as a dre- aw, crap! Nevermind.

Apparently, you must pay more for a decent amount of fabric. Which I guess makes sense...
Banana Republic, here I come!

I knew I was missing something... 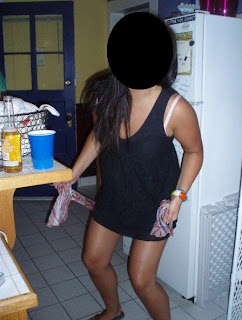 I don't care how cute you were on the Cosby show. This is a shirt. No JELL-O pudding pops for you! 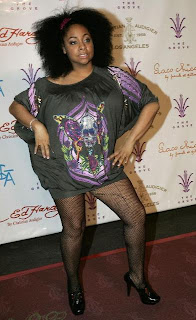 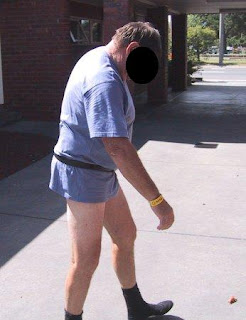 The Shress: Now for Cougars out on the prowl! 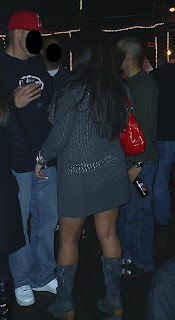 "Hey girls, I was out in downtown Columbus recently and there was a gaggle of middle aged woman who by the sight of their hair are still living in 1985! But apparently these 1985 loving townies love shirtordresses as well! I took the best pictures possible. Enjoy!!" 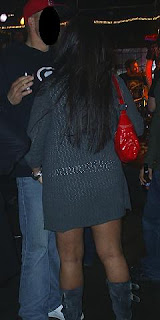 Obviously, this woman doesn't pay attention to the labels when ordering from Newport News. It's a sweater, not a dress. Oh! And it comes in Magenta! I'll let my mom know.

And what is the white??? Her underwear? Are you kidding me??? Note to cougar: Invest in nude panties.

You can vote for multiple items in today's poll btdub...

An Open Letter to Macy*s 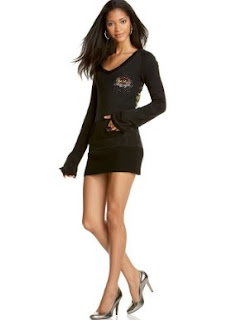 We are writing in order to report an error on your website. Instead of "tunic top," you have labeled this item a "sweater-knit hooded dress." Clearly, this is not a dress! Pairing an item with silver shoes doesn't automatically make it suitable to wear without pants. We expect this error to be fixed ASAP to prevent as many juniors as possible from walking around like this in public.

Thank you for your immediate attention to this matter.

Pam Anderson Has Lost Her Mind

Perhaps it's in the same place as her pants. 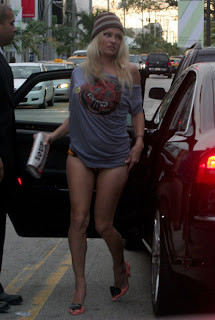 A couple people sent us this picture this week. I'm not sure which is worse...wearing a flannel shirt as a dress or wearing gold tights EVER. This chick looks like a gay lumberjack (INSERT LOG JOKES HERE).

Email ThisBlogThis!Share to TwitterShare to FacebookShare to Pinterest
Labels: flannel shirt, really is she serious really, shirtordress, um. NO., wtf

Forgiveness is more than saying sorry

According to this blog, this is a dress.

And according to the movie, "Just Friends," it's a shirt. 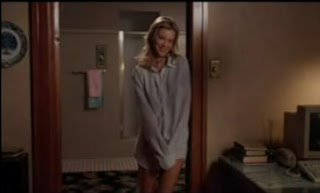 Or, more specifically, a shirt best suited for the night time when you are trying to seduce your formerly fat childhood best friend who is now rich and hot.

*The title of today's post is from a song from the movie. If you haven't seen "Just Friends," you should rent/buy it now. Great holiday flick! And Anna Faris is awesome.
Posted by JD at 9:28 AM 8 comments:

Have I told you lately...

...that you should wear pants?

That's what Rod Stewart should start singing to his daughter, Kim. 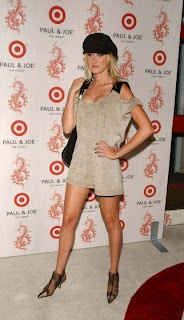 Bending over may become difficult. On the flip side, perhaps you will make some money with the tips people will inadvertently give you. 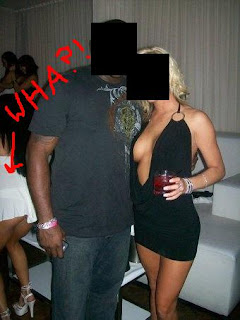 Oh yeah, that black thing is a shirtordress as well. There is just WAY too much going on in this picture...

By the way, they are shirts. So... I'm not going to even offer you dress option in today's poll.

Does this shirt make my tattoo look skanky? 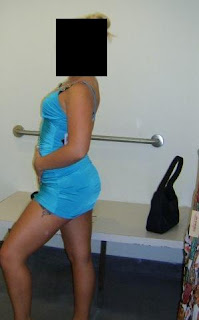 Save it for the Bedroom

It's bad enough that people confuse shirt or dress. Shirt or dress or lingerie? C'mon people. Let's all learn this together.

This is NOT okay. 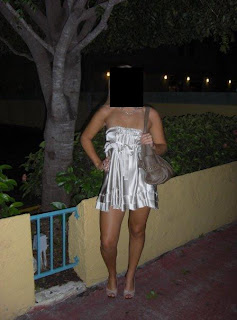 This is probably fine. 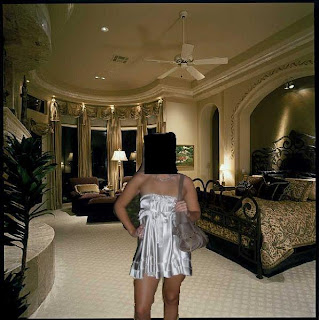 Although I'm not sure why she'd need the purse. But I digress...

It's a shirt, bitch!

Anyone catch Britney Spears's documentary on MTV last night? She went shopping with her assistant in one scene and they debated on whether or not she was trying on a shirt or a dress.