Please read this post in a Bear Grylls accent

For those of you not in the know, Bear Grylls is the host of Man Versus Wild and he's excellent. The man makes Chuck Norris look like a kindergartner as he parachutes from helicopters, eats snakes, and wraps urine soaked t-shirts around his head. He gets dropped in the middle of nowhere and shows viewers how to survive. Hey! You never know when you'll be in the middle of a desert and need to know how to eat a camel (he has a hilariously awesome accent). Anyway, here's what he would sound like if he were dropped in the middle of da club:

"Here we see the creatures indigenous to this region in their native garb. Notice the females attempt to lure the males by not wearing pants. These are, indeed, primitive animals." 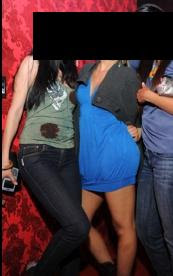 "Ah, yes, here is one female truly set out to lure in a male. The males will typically lure the females in with 'Red Bulls Vodkas' and other food common to the region"

"And here are the female species in their natural habitat." 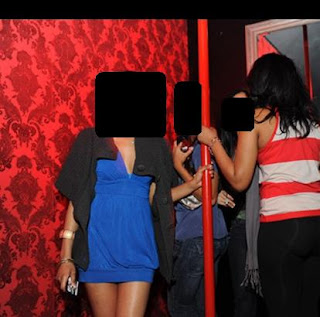 AT least she doesn't have cellulites, no visible ones at least, that'll be pretty creepy if she has it in that dress